There’s Still Something Out There: TOS #15, “The Menagerie, Part I”

In a clever 2-part story within a story that uses footage from the first Star Trek pilot, “The Cage”, Spock hijacks the Enterprise to take the earlier captain of the Enterprise, Captain Pike, to the forbidden planet Talos IV. 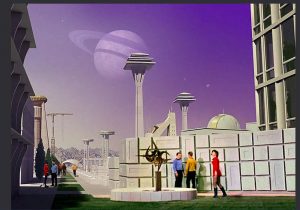