Links & Comments: How the Media Should Cover Indecent Politicians; The Streisand Effect

It’s the beginning the holiday season, which means I’ll get less done. I’m a little like Isaac Asimov, in the way that he famously preferred to stay at home (in his Manhattan highrise, with the curtains closed) to read and write books, and travel only by necessity. I like the curtains open! But I’ll still try to get things done, perhaps setting up some blog posts here, which I strive to do daily, in advance, to cover this coming weekend. 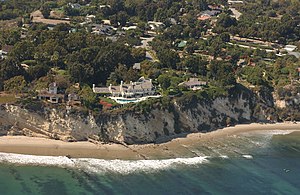 Here are a couple social paradoxes for today.

It’s a video, with this description:

Kyle Clark, anchor and managing editor of “Next with Kyle Clark” on 9News in Denver, talks with Rachel Maddow about the challenge of reporting on politicians like Lauren Boebert, who say “cruel, false, and bigoted things” with regularity, without amplifying the message or helping publicity stunts, and the double standard that politicians who are not routinely offensive get more coverage when they cross the line than those who have no regard for the line in the first place.

This echoes my comments about the dilemma of “both-sides-ism” a couple posts ago.

An analogous situation is something called the Streisand Effect [Wikipedia], which concerns the famous singer attempting to suppress an aerial photograph of her Malibu CA estate that came to light in 2003.

But by making a fuss about it, thousands of millions more people saw that photo of her estate than would have had she simply stayed quiet about it. It’s a backfire effect.

The Wikipedia link lists many more examples of the same effect. A recent one is the brouhaha in Virginia and Texas by (Republican) candidates and school boards objecting to books they felt were inappropriate for younger readers. Most of them — there’s a lengthy list somewhere — were about sexual and racial issues. Of course. But the list included some genuinely famous and highly-regarded books, like Toni Morrison’s novel Beloved, William Styron’s The Confessions of Nat Turner, and Jeffrey Eugenides’ Middlesex.

Of course, this evokes the reason so many conservative parents home-school their children.

Now, among my remaining chores for Locus Online is to compile, every Monday, a chart showing which science fiction and fantasy and horror books place on the general bestseller lists from the major newspapers, and on three Amazon sites (US, UK, Canada). And so Beloved placed, earlier this afternoon, among the top 100 bestsellers on Amazon. The controversy over the book has attracted readers to buy the book, who otherwise, without the scolds raising a controversy about this supposedly offensive book, would never have heard of it. This can only be a good thing; but it’s not what the scolds intended.

And this, which I think I already linked, from New York Times: A Frenzy of Book Banning.

And that’s all for today. I have some other interesting links and topics, but will save them for short posts over the next few days and weeks.

This entry was posted in Conservative Resistance, Politics, Psychology. Bookmark the permalink.