On Facebook today, the science fiction author David Brin posted an article from the UK paper Guardian (actually, from its US edition), with this comment:

“For all their posturing about defending children from abuse, their record tells another story.” At last! A point I raised in Polemical Judo. The GOP hurls slurs to cover the pure fact they are VASTLY worse in every metric of turpitude. The long list includes far, far more sexual perverts and predators, including several who were TOP leaders of the party. One of the top reasons you can assume at least 25% odds any high level Republican is being blackmailed.

FINALLY someone with a megaphone is saying it. 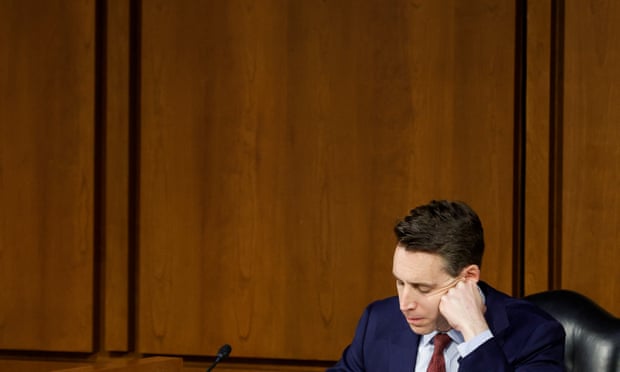 And here is the article.

Guardian, Osita Nwanevu, 30 March 22: The Republican party is obsessed with children – in the creepiest of ways, subtitled, “For all their posturing about defending children from abuse, their record tells another story”

Republicans have kids on the brain. Over the course of the last year, conservative activists and Republican state lawmakers have been whipping up a set of interrelated moral panics over the supposed indoctrination of children in our schools and child abuse – from the notion that elementary school teachers are raising up junior divisions of the Black Panthers with critical race theory to the insistence that trans people, who today comprise less than half a percent of high-school athletes in the United States, might soon bring an end to girls’ sports. The word “grooming” is now in wide circulation on the right ⁠ – a dogwhistle that implies basic education on LGBT identity and sex is priming kids for predation, perhaps at the hands of the Satanic sex traffickers at the heart of QAnon’s conspiracy theories.

This is worth repeating. In 2017, the Republican party now babbling nonsense about public schools and LGBTQ people grooming children for sexual abuse ⁠– the party that spent the past week in the Senate arguing that Democrats are soft on pedophiles ⁠– officially backed a credibly accused child molester for election to that very body. If the Republican National Committee had gotten its way, there’s a chance we would have spent the past week hearing Roy Moore opine on Jackson’s ethical qualifications. It’s a mercy of sorts that we heard instead from the likes of Hawley who, as the White House noted earlier this month, refused to say whether he’d vote for Moore during his own campaign.

And how Republicans are soft on child marriage.

When a ban on marriages to children 14 or younger advanced by a Republican party representative came up for a vote in February 2018, it was opposed by 50 members of the Missouri house – two Democrats and 48 members of her own party. Thankfully, that bill still passed the chamber, and a comprehensive ban on all marriages of adults over 21 to children under 18 was signed into law in Missouri later that year. But the significance of Republican lawmakers’ hesitation wasn’t lost on the marriage ban’s advocates. “Last week they were arguing that the government should be involved in approving a minor’s abortion,” Missouri representative Peter Merideth told the Riverfront Times after February’s vote. “So it’s a mind-boggling contrast when a minor who’s not even old enough to enter into a legally binding contract is being told they can enter into a relationship that makes statutory rape legal.”

I don’t try to track these things down; they keep popping up, in mainstream media. (And I still need to read Brin’s book, Polemical Judo.)

Today I had another try visiting the Social Security office in downtown Oakland. Yesterday afternoon, after several attempts to call, I got through to the operator, and, avoiding any discussion of how I’d called before, how I’d been there Monday and gotten turned away, how I had left voice messages for the claims specialist I’d talked to before, I explained about the letter I’d gotten telling me to call them. The operator knew what the letter meant, and made an appointment for me for this morning, Tuesday, and gave me a “ticket number.”

Still, I showed up exactly on time, was allowed into the building because the security guard at the front door had a list of appointments with ticket numbers (presumably), went up to the fourth floor, went through the metal detector (a security guard asked me, literally, if I had any guns, knives, bombs, or other weapons) and sat in the almost empty waiting room for half an hour after my supposed appointment time until someone saw me. The couple staff working were seated at desks in cubicles behind plexiglass barriers, like those in banks these days. I showed the clerk, a guy in a flannel shirt, my passport. He typed a bunch of stuff into his computer, made a scan of the main pages, came back and handed it back, and said, you’re done. By the time I got home, it was a two hour trip.

I’m not sure if there was some error along the way, or inefficiency… Rather, I suspect, that different kinds of work environments, especially government offices where there is no incentive to work quickly, just operate on their own pace, a pace different from others (e.g. hospitals, where time can be crucial). A very relaxed, unconcerned pace. They’ve seen it all, and are disinterested in your impatience. It will all get done eventually.

This entry was posted in Morality, Politics. Bookmark the permalink.