More on the Wars Against Education and Science 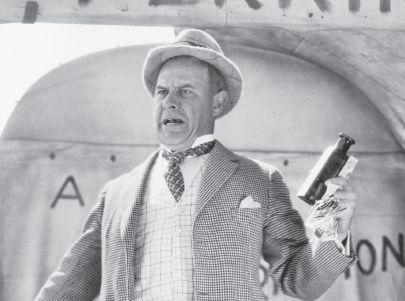 So many examples to keep up with!

Subtitle: “Mark Robinson says in his new book that elementary schools should only focus on reading, writing, and math”

Because he wants to kids to learn their parents’ own versions of science and history? Alas, the piece doesn’t offer any explicit rationales for this recommendation, but notes about his background are indication enough.

If Robinson’s name doesn’t ring a bell, you may want to sit down for this. He’s a guy who, in the past two years, has said that forced religion in public schools could prevent mass shootings, that “transgenderism” and “homosexuality” amount to “filth,” that the trans movement is “demonic” and full of “Antichrist spirit,” and that straight couples are “superior” to gay ones.

You notice how bigotry and ignorance always seem to go together.

Robinson also reaffirms personal views on climate change that became a major issue in the 2020 election. “Guess what? Most of the people of North Carolina know global warming is junk science,” he writes.

Here’s a link to his book. Note this Amazon page quotes endorsements from the familiar right-wing sources, but no reviews from any reputable review source.

Huffpost, Ron Dicker, 30 Aug 2022: Tucker Carlson Says Global Warming Is Not A Threat But Winter Is

Subtitle: “The Fox News host didn’t quite seem to grasp climate change in his latest denial.”

On the retirement of Dr. Anthony Fauci.

Salon, Heather Digby Parton, 31 Aug 2022: Farewell Dr. Fauci: How the right turned a national hero into a villain in service of Donald Trump

Subtitle: “The right’s attack on science is the most dangerous of its cynical power plays. Fauci is just collateral damage”

[A]s soon as it became clear that Trump’s leadership on the pandemic was going to be as bad as his leadership on everything else, the right turned on Fauci. They certainly couldn’t blame their Dear Leader.

More importantly, this assault on the reputation of one of the nation’s top medical experts represents yet another battle in the culture war, and perhaps the most important one of all: the right’s war on science. From its refusal to admit climate change is real to a rejection of vaccines and beyond, the right’s attack on science is the most dangerous of all of its cynical power plays. Sadly, Fauci is just collateral damage — and so are the rest of us.

And of course the war on science is the promotion of pseudoscience, through duplicitous means. From the current issue of Skeptical Inquirer.

Key theme: avoid facts, avoid scientific claims, avoid data, use stories (anecdotes) instead. Here are the headers; read the article for the text.

1. Get them to commit.
2. Make claims that can’t be proven wrong.

The easiest ways to make unfalsifiable claims in pseudoscience are to:
a. Be vague.
b. Appeal to spiritual energies.

3. Don’t worry about overpromising.
4. Be confident and pretend to have all the answers.
5. Confuse them with meaningless technobabble.
6. Don’t use data; use stories.
7. Make sure to include key logical fallacies.

8. Manufacture the illusion of expertise

a. Find or create a “doctor” or guru to be the spokesperson.
b. Establish an organization or institution with an impressive-sounding name.

9. Shield yourself from criticism by claiming it’s a conspiracy.

And now this is interesting:

Republican candidates around the country are trying to disappear the hardline anti-abortion stances they took during their primaries.

Is it possible Republican candidates don’t actually possess any core values, but are merely trying to win elections? To be in power, for the sake of power?

Axios is a great site for boiling topics down to bullets, grouped into headings like “Why it matters,” “Zoom in,” “Details,” and so on… sorta the way I like to do with some of my review posts.

On my birthday yesterday, Y and I walk across the Golden Gate Bridge, from south end to north end, and back again. Photos on Facebook. 14000+ steps for the day… not quite a record.

This entry was posted in Conservative Resistance, Education, Science. Bookmark the permalink.