Commitment to America and Zombie Economics 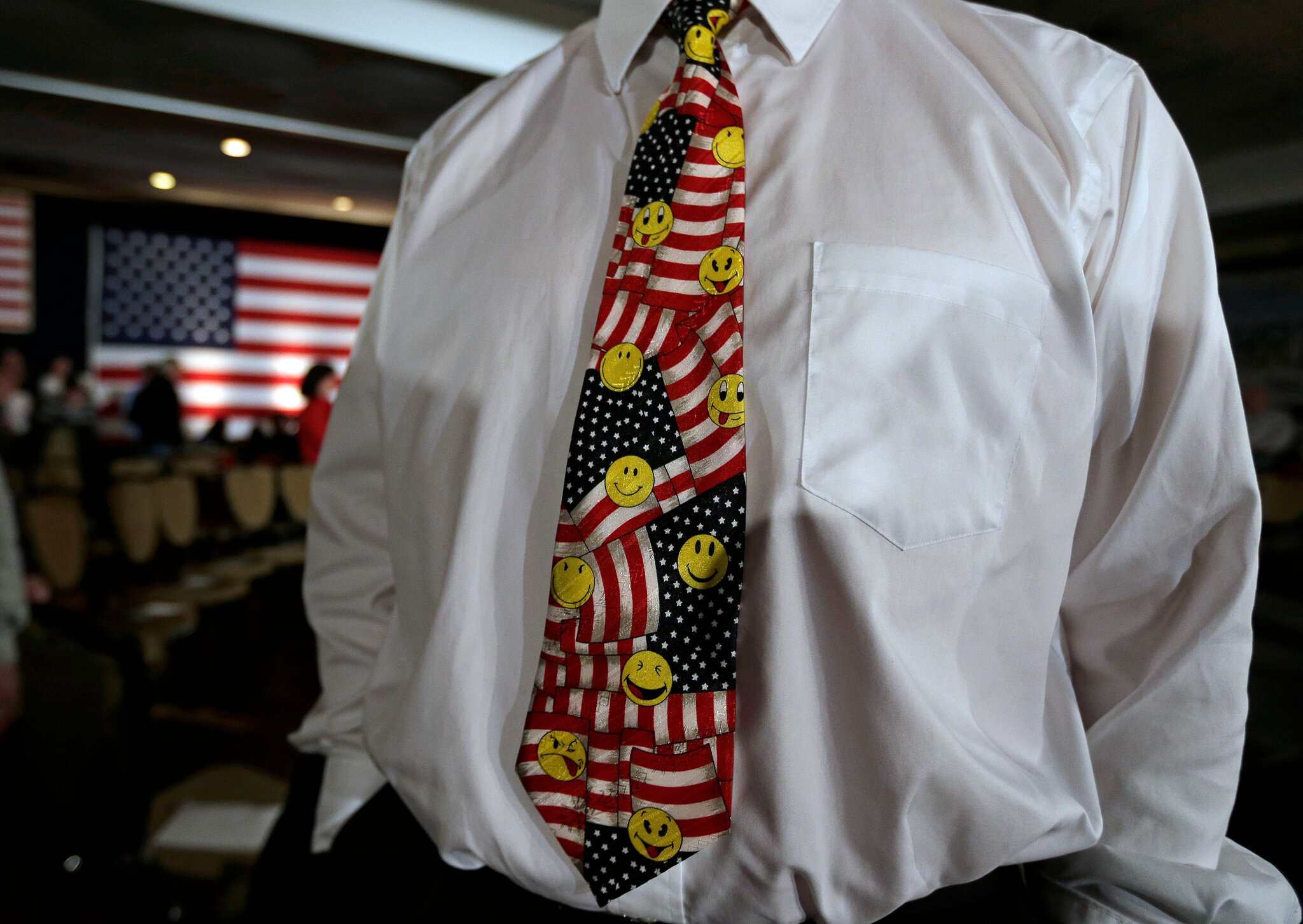 Washington Post, Eugene Robinson, 26 Sep 2022: The only agenda that unifies the Republican Party is revenge

Pay no attention to the House Republicans’ substance-free “Commitment to America.” The actual GOP plan, if the party takes control of the lower chamber in January, is a campaign of performative revenge.

Ginned-up investigations, cruel attacks on the marginalized, even a concocted impeachment of President Biden — that’s what the nation has to look forward to if Republicans win the House. Those are the only things the party agrees on, except fealty to Donald Trump and an all-consuming desire for power.

… Covering just a single page, it presents vague aspirations—many of which Biden has already put in place—but focuses on the radical extremes of the MAGA party while trying to make those extremes sound mild.

This is quite literally the platform of the Democrats, but while the Republicans offer no actual proposals to contribute to these goals, Biden has taken concrete steps to address inflation by taking on the shipping monopolies that hiked transportation costs, for example, while Democrats in Congress have passed legislation capping the cost of certain prescription medications.

And more vague aspirations that don’t really mean what most people would think they mean.

The section about accountable government calls for preserving constitutional freedoms, which they interpret as an apparent national ban on abortion—a constitutional right until this past June—saying they will “protect the lives of unborn children and their mothers.” They defend “religious freedom,” which the right wing, including the Supreme Court, has interpreted as freedom for Christian schools to receive public tax money and for Christian coaches to pray with students. The document also calls for safeguarding the Second Amendment, which the right wing has increasingly interpreted since the 1970s to mean that the government cannot regulate gun ownership.

That is, the long-discredited notion that cutting taxes for the wealthy will “trickle down” and benefit ordinary Americans. It’s never worked. Why do Republicans cling to the idea? Krugman really wonders why.

Referring again to the “Commitment to America”.

If you squint hard at the economics section of the Commitment to America, however, you can see the faint outlines of a familiar set of ideas — zombie Reaganomics. Which raises a question: Why are deregulation, benefit cuts and tax breaks for the rich still the ruling ideology of a party that now claims to stand for the working class?

Second, immediately after declaring that “we have a plan to fix the economy,” House Republicans say that they will “curb wasteful government spending.” As anyone who follows budget debates knows, that’s the ultimate weasel phrase. What spending are we talking about, specifically?

Bear in mind that the federal government is basically an insurance company with an army: The great bulk of spending is on health care, retirement and the military. You can’t meaningfully cut expenditure without attacking at least one of these. So which parts of that spending are wasteful?

I include that last paragraph because it points out that the vast portion of the federal budget goes to things most people wouldn’t want cut. (Though some of us think a defense budget that’s larger than those of next 10 countries’ combined is excessive.) Things people think of as wasteful, like say foreign aid or NASA, are minuscule portions.

Back to zombie economics. I’m going to add some bold.

For a long time, the G.O.P. seemed to fit the portrait famously drawn by Thomas Frank in his book “What’s the Matter With Kansas?” That is, it was a party mostly dedicated to making the rich richer that managed to win elections on social issues — which in practice meant catering to bigotry while campaigning, then pivoting to tax and benefit cuts immediately afterward.

With the rise of MAGA, however, catering to bigotry is no longer a marketing device; it’s the party’s main agenda. In that case, however, why continue plutocrat-friendly policies? Why not add some actual populism to the mix? Why did Representative Kevin McCarthy, who will likely become speaker if Republicans take the House, declare that his first bill would be one to repeal additional funding for the Internal Revenue Service, allowing wealthy tax cheats to breathe easy?

Part of the answer may be that anti-abortion, anti-L.G.B.T.Q., anti-immigrant warriors don’t know or care much about economic policy, so they’ve left it in the hands of the usual suspects — congressional staff members, conservative think tankers and other apparatchiks who’ve spent their whole careers promoting the tax-cut mystique.

But there may also be a strategy here. Billionaires may no longer run the G.O.P. the way they used to, but the party still wants their money. So plutocrat-friendly policies may be a way of keeping wealthy donors and corporations on board, even if many of them are uncomfortable with the right-wing social agenda.

This strategy depends, however, on working-class voters not realizing what Republicans are up to. Hence the vacuous nature of the Commitment to America; any acknowledgment of what the G.O.P. might actually do could be a big political problem.

This isn’t just my observation: it’s been obvious to many for decades. Republicans win elections by pandering to the fears and prejudices of “working-class” voters, but are financed by the wealthy, who in return expect, and get, tax cuts and other policies favoring the wealthy. That’s why income inequality is so high in the US.

Britain, however, doesn’t (yet?) have an equivalent of the MAGA movement. What it does have is Liz Truss, a new prime minister who seems to be an ardent believer in economic fallacies from the Thatcher/Reagan era.

Before I get to the economic plan that has produced chaos in Britain’s bond and currency markets, let’s talk about the myths that seem to have inspired her.

I like Krugman in part because he not only presents evidence about which policies work or not, he tries to understand why ineffective policies originate in the first place, and endure. In the broadest possible terms, it’s because conservatives are committed to ideology (stories) and non-conservatives are more apt to respond to evidence (science).

[P]eople on the right, raised on the legend of Saint Reagan, believe that his tax cuts did wonders for the U.S. economy. But the data don’t agree.

Followed by graphs of of tax rates on the top 1 percent, and growth in G.D.P.

Bill Clinton effectively undid the original Reagan tax cuts, amid many predictions of imminent disaster. The economy actually grew somewhat faster than it had under Reagan, and by the end of the Clinton years it was above the level it would have reached if you just extrapolated the 1973-1989 trend.

With yet more examples and graphs. The gist seems to be that conservatives are attracted to the simplistic idea of “trickle-down” economics, inspired by the mythical Reagan economy, so far that it’s become ideology, never mind evidence to the contrary. Well, that would be consistent with most conservative thinking.

The Week, Theara Coleman, 27 Sep 2022: Texas Attorney General Ken Paxton denies running away to avoid subpoena (He was afraid of a strange guy in his driveway.)

Washington Post, Paul Waldman, 27 Sep 2022: Mehmet Oz shows Republicans are caught in a trap of their own making. (The trap is that Republicans are now expected to be conspiracy mongers, and blame all Democrats for having “a secret plan to destroy America!”)

Salon, Heather Digby Parton, 26 Sep 2022: Why did he steal the documents? Maggie Haberman’s book may hold the answer, subtitled “Let’s review: He’s a pack rat; he hoped to sell them; he meant to use them for blackmail. Yes, yes and yes”