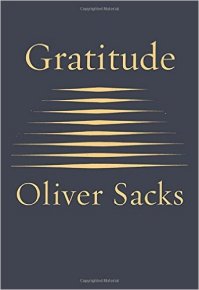 An even shorter book than Rovelli’s, this is a collection of four short essays written by the neurologist and author after learning he had only a few months left to live, all of which originally appeared in the New York Times.

On learning how little time he has left (p18):

I feel a sudden clear focus and perspective. There is no time for anything inessential. I must focus on myself, my work, and my friends. I shall no longer look at the NewsHour every night. I shall no longer pay any attention to politics or arguments about global warming.

This is not indifference but detachment—I still care deeply about the Middle East, about global warming, about growing inequality, but these are no longer my business; they belong to the future. I rejoice when I meet gifted young people—even the one who biopsied and diagnosed my metastases. I feel the future is in good hands.

I cannot pretend I am without fear. But my predominant feeling is one of gratitude. I have loved and been loved; I have been given much and I have given something in return; I have read and traveled and thought and written. I have had an intercourse with the world, the special intercourse of writers and readers.

Above all, I have been a sentient being, a thinking animal, on this beautiful planet, and that in itself has been an enormous privilege and adventure.

The last essay, “Sabbath”, describes his cultural and religious background and the value he places on the idea of a day of rest. P37:

I gradually became more indifferent to the beliefs and habits of my parents, thought there was no particular point of rupture until I was eighteen. It was then that my father, enquiring into my sexual feelings, compelled me to admit that I liked boys.

“I have done anything,” I said, “it’s just a feeling—but don’t tell Ma, she won’t be able to take it.”
He did tell her, and the next morning she came down with a look of horror on her face, and shrieked at me:

“You are an abomination. I wish you had never been born.” …

The matter was never mentioned again, but her harsh words made me hate religion’s capacity for bigotry and cruelty.

Decades later he accepts an invitation to a family event in Israel, before he realizes what the trip entails, p43:

I had felt a little fearful visiting my Orthodox family with my lover, Billy—my mother’s words still echoed in my mind—but Billy too was warmly received. How profoundly attitudes had changed, even among the Orthodox, was made clear by Robert John when he invited Billy and me to join him and his family at their opening Sabbath meal.

And he closes by comparing the Sabbath to his imminent rest from life.

And now, weak, short of breath, my once-firm muscles melted away by cancer, I find my thoughts, increasingly, not on the supernatural or spiritual but on what is meant by living a good and worthwhile life—achieving a sense of peace within oneself. I find my thoughts drifting to the Sabbath, the day of rest, the seventh day of the week, and perhaps the seventh day of one’s life as well, when one can feel that one’s work is done, and one may, in good conscience, rest.

This entry was posted in Atheism, Morality, Philosophy, Religion. Bookmark the permalink.