She Lives in My Dreams: TOS “The Man Trap”

(This was, chronologically, my first post of notes and annotations I re-watched Star Trek TOS, The Original Series, beginning with this episode because it was the first broadcast is thus the first episode on the Blu-Ray set TOS that I bought a few months ago.)

In this episode: The Enterprise makes a routine visit to a planet occupied by an archaeologist and his wife, only to become prey to an alien monster that can change its form to look like anyone in the crew. 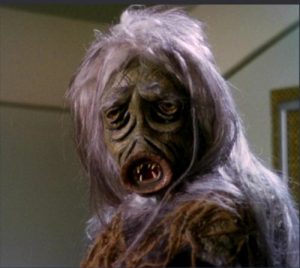