I Have Taken My Form Centuries Ago: TOS “Charlie X”

The Enterprise picks up a human orphan who’s grown up supposedly alone on an alien planet. 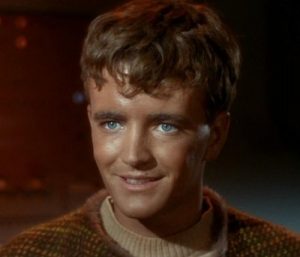 The boy and the Thasian vanished, in utter silence. The only remaining sound was the dim, multifarious humming surround of the Enterprise.

And the sound of Janice Rand weeping, as a woman weeps for a lost son.