You Can’t Know What It’s Like: TOS “Where No Man Has Gone Before”

In this second series pilot, the Enterprise encounters an energy barrier at the edge of the galaxy that triggers ESP in two crewmembers. 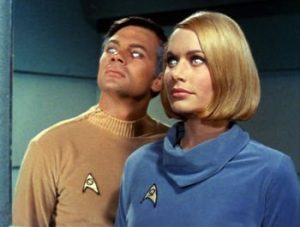