The Enterprise accidentally travels back in time to Earth in the 1960s, where it’s seen as a UFO, and then struggles to erase records of its visit and to return to its own time. 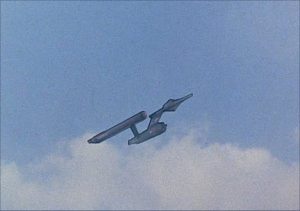